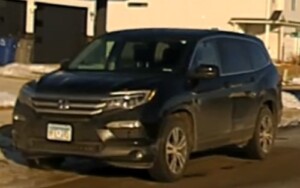 WAHPETON, N.D. (KVRR) – The vehicle belonging to a Moorhead homicide victim is found in Wahpeton.

Police say 25-year-old James Kollie, Junior killed his mother at her home on the 3800 block of 32nd Street December 1. An autopsy revealed she died of “multiple sharp force injuries.” Her car was believed to have been taken by her son.

Kollie Junior has been charged with second-degree murder.

Police are trying to find out how Kollie Junior got to Maytag Home Laundry in Wahpeton. They’re asking people in Wahpeton and Breckenridge to check their property for suspicious items and surveillance video. If you have any information, call Red River Dispatch at 701-451-7660 and ask for the on-duty supervisor.