DEVILS LAKE, N.D. – (update 2/3/2021) A Silver Alert for a missing Devils Lake man is canceled after his body is found in Ramsey County.

Townson was last seen Monday morning and a Silver Alert was issued for him that evening.

A silver alert has been issued for 76-year-0ld Thomas Townson of Devils Lake. 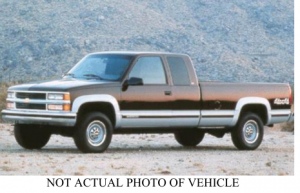 Townson is six feet tall, weighs 205 pounds and has blue eyes. He was last seen wearing a grey sweatshirt, black jacket and jeans.

Man dies after crashing into barrier on I-29 in Fargo

Two motorcycle riders hit by vehicle in Fargo, one person in serious condition

NDSU WR Sproles Back Healthy; Decides Against Playing This Spring