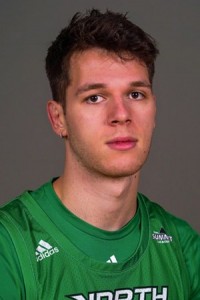 GRAND FORKS, ND (KVRR) – UND Men’s Basketball’s Filip Rebraca is entering the transfer portal after three seasons with the team. The junior announced his decision on twitter mentioning that the University’s Masters program shifting to virtual learning entirely makes it difficult for him to stay in the country as an international student being that he’d have to take in-person classes. Rebaca took home All-Summit League Honorable Mention last year when the Serbia native registered a team-high thirteen double-doubles and this year averaged just over 17 points per game.

Joining him in adding their names to the transfer portal are teammates Tyree Ihenacho, Seybian Sims, as well as Meghan Zander of the women’s team.

3 Bison On FCS Player of the Year Watch