NDSU Ends Regular Season On A Positive And Historic Note 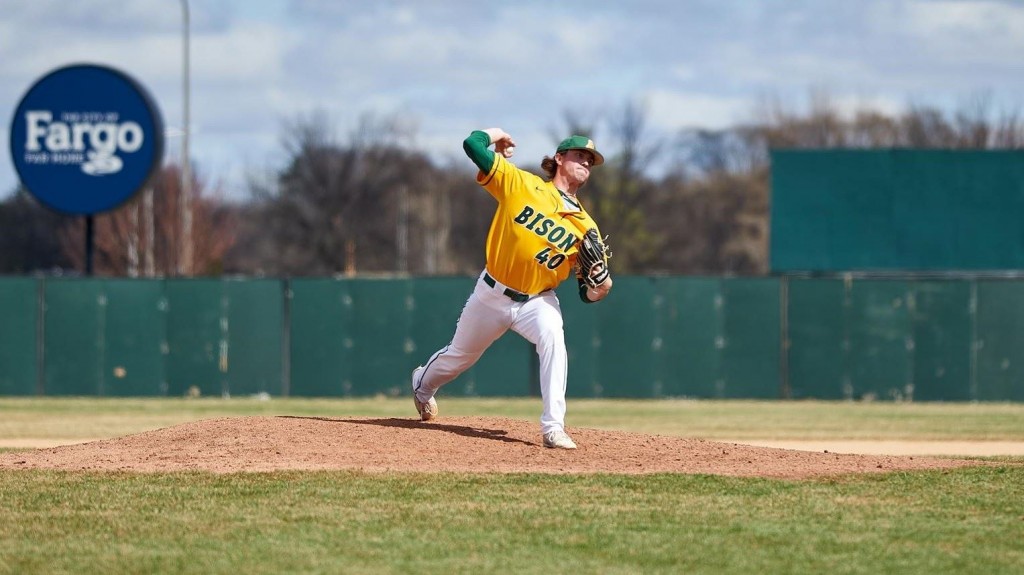 NDSU finished 38-16 in the regular season, the second most wins in school history. Eastern Kentucky ended the season with a 21-32 record. The Bison will be the number two seed in next week’s Summit League Tournament. NDSU will face the host school, Omaha, in the opening round at 6 p.m. Thursday night. The Mavericks will be the number three seed in the bracket.

The Bison had just five hits on the day, led by a pair from Zach Solano. Tucker Rohde, Jack Simonsen and Calen Schwabe each added one. Solano, Peter Brookshaw and Nick Emanuel each drove in a run. Bennett Hostetler moved into a tie for third in school history with his 152nd career run scored. Brookshaw moved into a tie for fourth in school history with his 10th career sacrifice fly.

Cade Feeney picked up the win on the mound, improving to 6-1 on the season. Feeney struck out three and allowed a run on four hits in 4.2 innings of work. Tristen Roehrich struck out six in 3.1 innings, while allowing just one hit. Wyatt Nelson and Jake Drew combined to toss the final inning.

NDSU Prepares to Host Rivals From the South

North Dakota Takes Down NDSU at the Betty