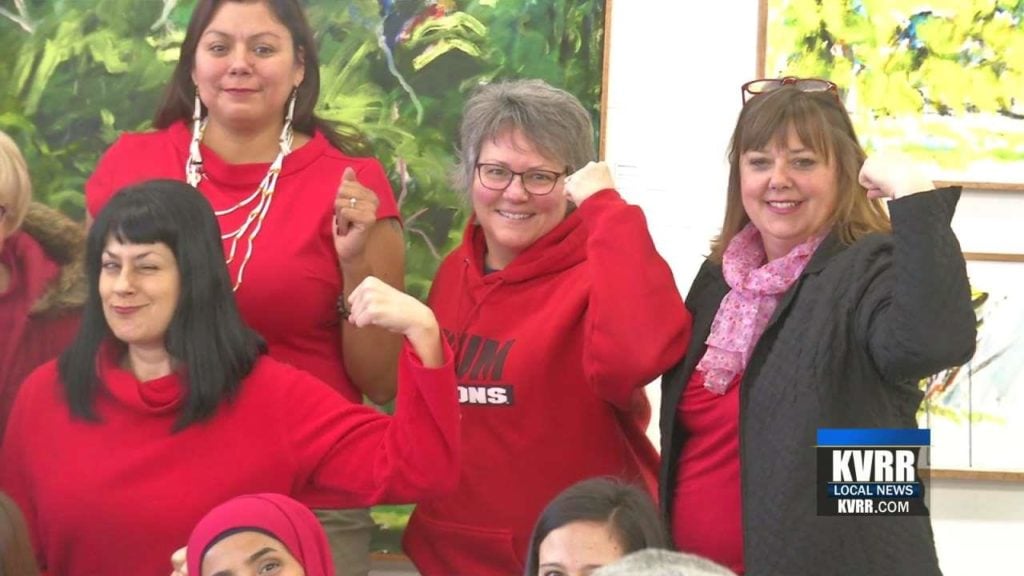 FARGO, N.D. — People all around the world are coming together for “A Day Without a Woman” as part of International Women’s Day. The same people that organized the local women’s march in January, called for people to show off their red and support solidarity for women. Women met downtown and posed for a group picture, including Moorhead Mayor Williams….