Strongmen Show Off Viking Strength in Moorhead for HISTORY Show

MOORHEAD, Minn – Four of the world’s strongest men want to figure out if they’re as strong as Vikings. What’s a better place to test their might than Minnesota?

It’s all part of the History Channel show The Strongest Man in History. 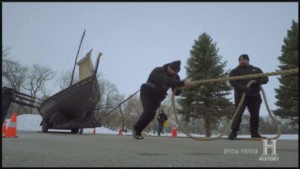 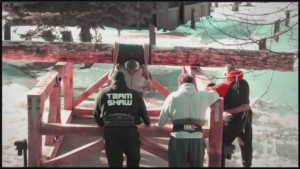 Nick Best was the only competitor to lift a 14,033 pound ship mast. It’s not bad for a 50-year-old! It’s a recreation of Icelandic strongman Orm Stor-off-son’s strength. Legend says one thousand years ago, 50 men put a mast on his shoulders. He walked three steps, and died after breaking his back.

It wasn’t all competition for the four strongmen. Nick and Brian also went to Detroit Lakes for some ice fishing.

You can watch the episode of The Strongest Man in History filmed in Moorhead by clicking here.