The number one comment I get when I run into people out and about is “you’re taller in person”.
I’m 6’6″.
I look like I’m barely in the same species as other people when I’m in pictures. 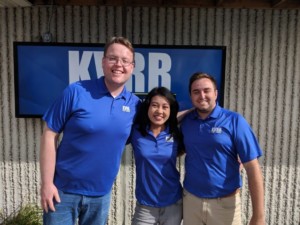 Here’s me towering over some normal people.
But I’m a pipsqueak compared to a new Guinness World Record holder.

North Dakota Insurance Commissioner Jon Godfread is the official record holder for tallest male politician in the world.
The dude is 6’10”.He showed off his Guinness certificate on Facebook.
He’s hoping to keep his record for a while. He announced his re-election bid last month.

Godfread visited us in studio last year.
We took this pic. 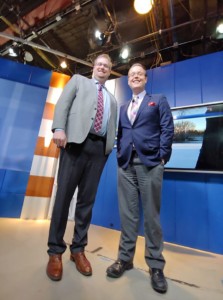 It takes a lot for me to feel tiny next to someone, but I did there.