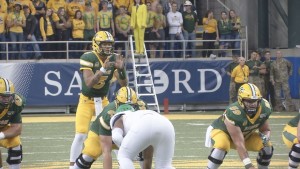 FARGO, N.D. — The Pioneer Football League is the latest in the growing list of athletic conferences to move to a conference-only schedule for the 2020 season.

As a result, NDSU’s football game against Drake has been canceled.

The Bison were supposed to begin the season against Drake on September 12th, but now the teams first game won’t be played until September 26th. This was the only non-conference game left on the Bison’s schedule after both Oregon and North Carolina A&T announced they would also be playing only within their conference.

Gophers football at Wisconsin Saturday canceled due to COVID-19

Community rallies for Jamestown man in the ICU with coronavirus