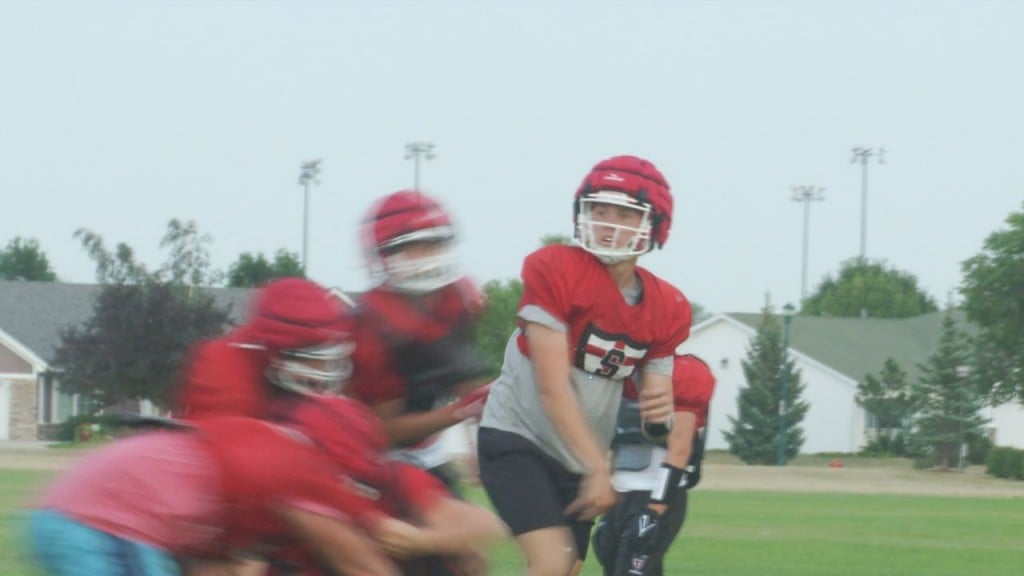 FARGO, N.D. — Its a new era at quarterback for Shanley football as all-state player Cooper Mattern graduated. Stepping in to replace him, 6’5” Michael Rostberg. Rostberg has big shoes to fill. In three seasons with Mattern as the starter the Deacons went 21-7 with three state playoff appearances including a undefeated season and a state title in year one….