(F0x 9) The 22-year-old suspect charged with killing his parents in Long Prairie, Minnesota has flown to Mexico, officials said. 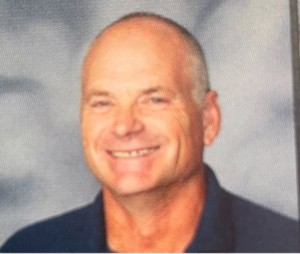 According to the criminal complaint, Dylan John Bennett is charged with two counts of murder after his mother and father were found shot dead in their home around 4:30 p.m. Aug. 21. They have been identified as 66-year-old Carol Bennett and 63-year-old Barry Bennett, a former NFL player. Dylan Bennett lived at the home with his parents.

A caller reported to 911 that they hadn’t heard from Barry Bennett since Tuesday. When police arrived at the home, they found the two dead, suffering from apparent gunshot wounds.

Authorities discovered that Carol Bennett’s car was missing. A car used by Dylan Bennett was found, and on the seat was an empty box for a 9mm handgun, a box for 9mm ammunition and loose 9mm rounds.

According to the complaint, in December 2018, Barry Bennett reported to the Todd County Sheriff’s Office that his son Dylan, while in a mental health treatment facility, had “expressed homicidal thoughts about killing his parents.”

Police learned that Carol Bennett’s debit and credit cards were used in locations in Wisconsin, Illinois and Ohio on Aug. 19, 20 and 21. A large amount of cash was also withdrawn from an account belonging to Barry and Carol Bennett on Aug. 19 in Long Prairie.

A plane ticket for Dylan Bennett was purchased and used for a flight from Columbus, Ohio to Atlanta and from Atlanta to Cancun on Aug. 21. Authorities learned Dylan Bennett met someone in Columbus before the flight and had given them a 9mm handgun to hold for him.

Carol Bennett’s car was found in a motel parking lot in Columbus.

Based on cell phone usage, authorities believe Bennett was in Mexico on Thursday.

Officials ruled both Barry and Carol Bennett died of blood loss from the gunshot wounds. The matter of death was ruled a homicide. Based on examination, it is believed the two were shot in the morning of afternoon of Aug. 19.