Plus, Social Distancing Guests You Did And Didn't Invite

On Thursday we asked you to share how you’re making your homes more comfortable as you spend more time there social distancing.
And Sue in Parkers Prairie, Minnesota over in Otter Tail County has a novel concept… invite some guests over for a snack, even though we’re supposed to be social distancing.

She offered a meal to a brave chipmunk, who came right up and ate it out of her hands. I had no idea something that small could eat that fast.
But Sue’s little buddy soon cleaned out the inventory, and split. He’s not much for conversation.
That’s one house guest I wouldn’t mind while social distancing.
This next guest, however, I wouldn’t want to invite over even when the pandemic’s over. 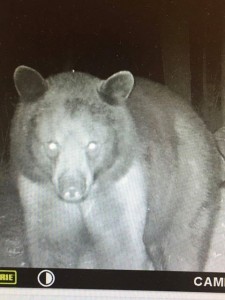 Sue also sent in this security camera shot of a bear. She says the furry lug was on her deck about 20 feet from her house.
She says the DNR told her it was well-over 400 pounds. That’s a pretty good-sized black bear!
Sue says she can still hear it rustling around the woods near her home, but she says she is not offering it any treats like she did with the chipmunk.
Pick your dinner guests wisely, or you might become dinner.

Health experts say going out to a bar is one of the most dangerous things you can do when it comes to risking COVID-19 exposure.
A lot of places have strict social distancing measures in place or don’t even have their bars or taprooms open.
A safer alternative might be to grab a few of your favorite local brews and enjoy them at home.

That brings me to an issue. Minnesota craft breweries have to sell off-sale beer in clunky cans called crowlers. 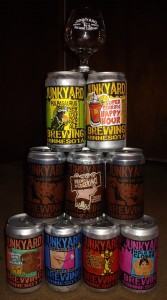 They’re big. They’re a weird size. And I’ve spent years trying to pour beers from them into a glass without spilling.
I asked for advice on how to enjoy a Minnesota brew while keeping the beer socially distanced from all over the floor.
The folks at Junkyard Brewing offered a clever solution.

Backwards bro, at least for the initial pour. Angle the can and the glass towards one another, then quickly pour backward then swiftly straighten the can

Ok, so that looks unorthodox, and still kind of risky to me.
But I take my beer seriously, so I went to the scientific process and tested the theory myself.
You’ve got to peer review a scientific theory before it can be widely accepted.

I tried it out with a smoothie sour from Revelation Ale Work in Hallock from when I went there last weekend. I only had one shot at this. But, no spills! This might change my life.

No more crying over spilled beer!

This social distancing stuff is an adventure that’s lasted longer than many of us thought.
But we’re all in this together even though we’re supposed to be separate. Let me know how you’re holding up during all of it.
Find me on Facebook and Twitter.

LIVE: HOPE Inc. Gives Everyone A Chance At Glory On The Track