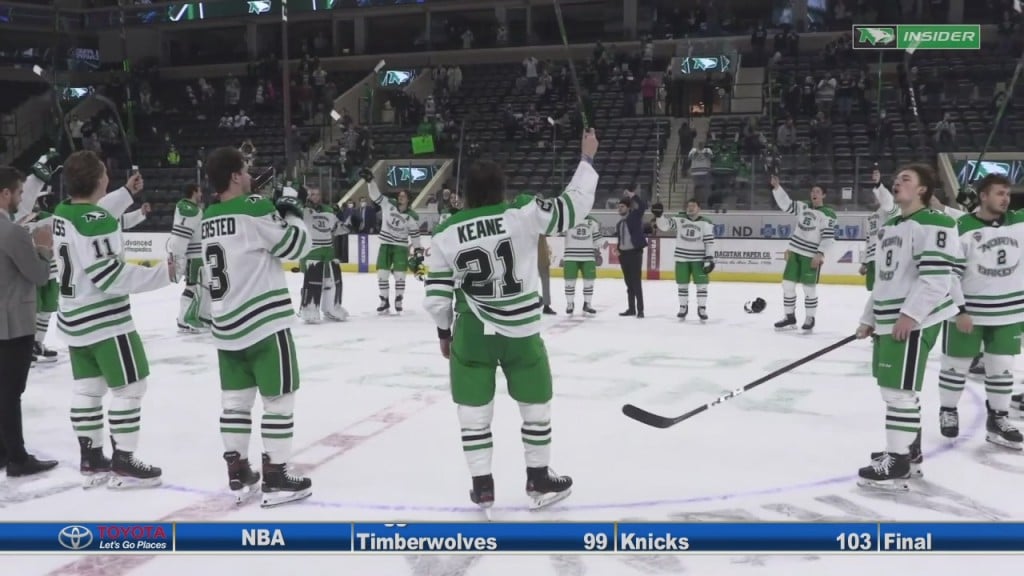 Berry On This Year’s Pursuit Of The Penrose Cup: “This Ranks Way Up There As One Of The Highest”

GRAND FORKS, ND – The NCHC sas only been around for eight years and North Dakota hockey seemingly always contends for the title. Saturday’s win ensured they did a little more than just contend. The Green and White captured their second consecutive Penrose Cup after defeating Omaha, 7-1. NCHC Commissioner Josh Fenton was at The Ralph to present the trophy… 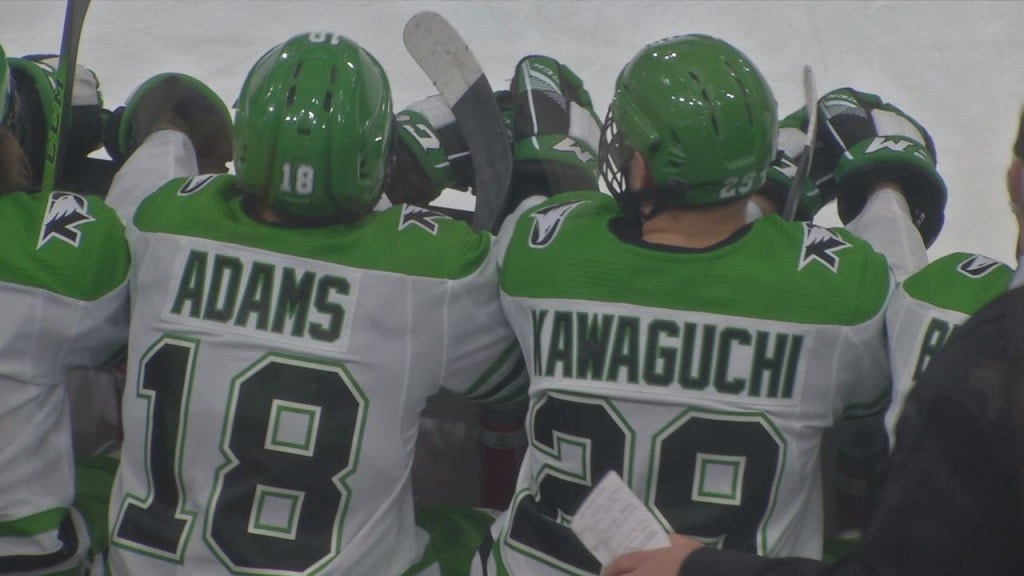 GRAND FORKS, N.D. — North Dakota hockey is about to get real familiar with Omaha as both programs get set to play each other over the final four games of the season. Luckily for the Fighting Hawks, three of those four come on home ice. It presents an opportunity for UND to clinch the Penrose Cup and take the NCHC… 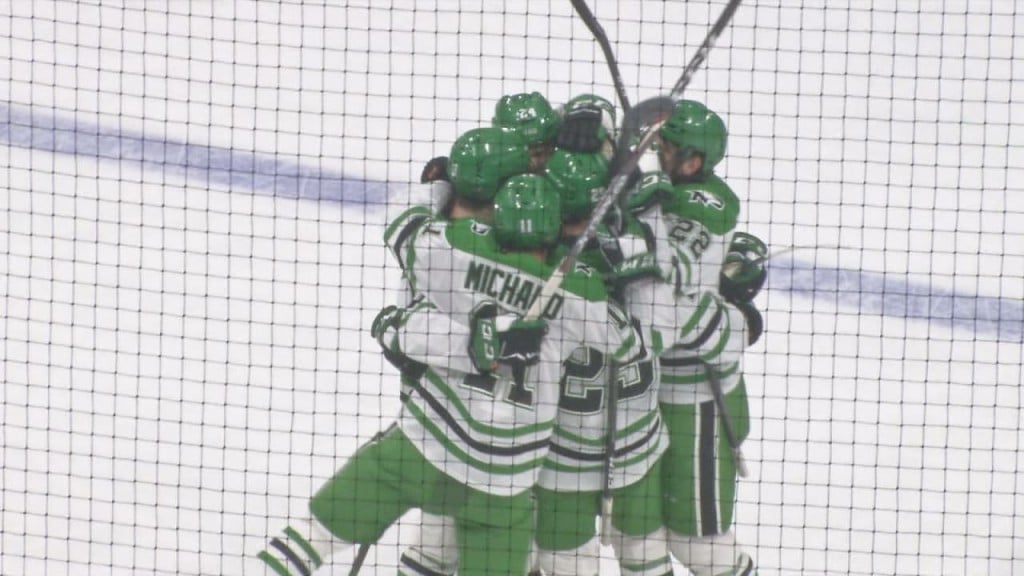 The Fighting Hawks already have clinched a share of the trophy, but need one more point to secure the cup outright

GRAND FORKS, N.D. — With a sweep against Western Michigan, UND hockey officially clinched it’s share of the Penrose Cup, but  there is still something to fight for in the Hawks last regular season series against Omaha, as UND has a chance to clinch that trophy outright. “We want to own the Penrose trophy outright,” head coach Brad Berry said….

State asks Minnesota families to get tested every 2 weeks