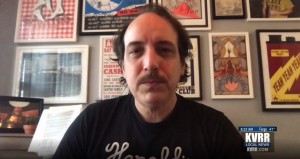 A popular long-time Minnesota musician who co-owns a bar in Moorhead is addressing sexual assault allegations against him this morning.

Multiple people on social media have been accusing Sean Tillmann, who performs under the name Har Mar Superstar, of unspecified assault and harassment for weeks.
KVRR reached out to Tillmann about the allegations Wednesday morning.
Thursday, he released a statement on Twitter.
He says the initial allegation involved someone from his past who he met while battling addiction.
He denies her account.
He says other women have come forward to say he’s mistreated them, and that he is, “deeply sorry to anyone who feels I’ve hurt them”.
He says he’s committed to be accountable, listen, and allow for healing and growth.
In addition to a long music career, Tillman co-owns Harold’s On Main in Moorhead.

Here is his full statement: 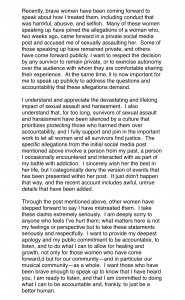 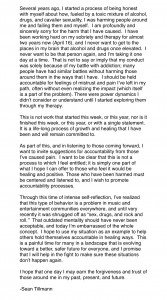