QB Patterson On Transfering To NDSU: “They’re a Pro Team” 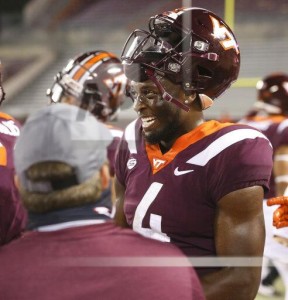 FARGO, ND – (KVRR) With Trey Lance declaring for the NFL draft, in the spring, another quarterback spot on North Dakota State’s roster was open. Today, they filled it.

Virginia Tech’s Quincy Patterson will be joining the Herd and is immediately eligible to suit up. Coming out of high school, he was a four-star recruit and participated in the Elite Eleven Camp alongside Lance. The former Hokie and red shirt sophomore is eligible after leaving the program with two games left this season. In three games this fall, Patterson completing just 7 of 10 passes for 93 yards and two touchdowns. He’s just excited to be a part of the herd.

“Just like their track record and when you watch the offense like I spent time watching them play before I even entered the portal and one thing that really stood out to me is just they’re a pro team and that’s one thing that will help anybody with NFL, rather you’re a quarterback or different position,” Patterson said. “They all just had great things to say about them and such. You know, it was kind of a relatively easy decision for me to make.”