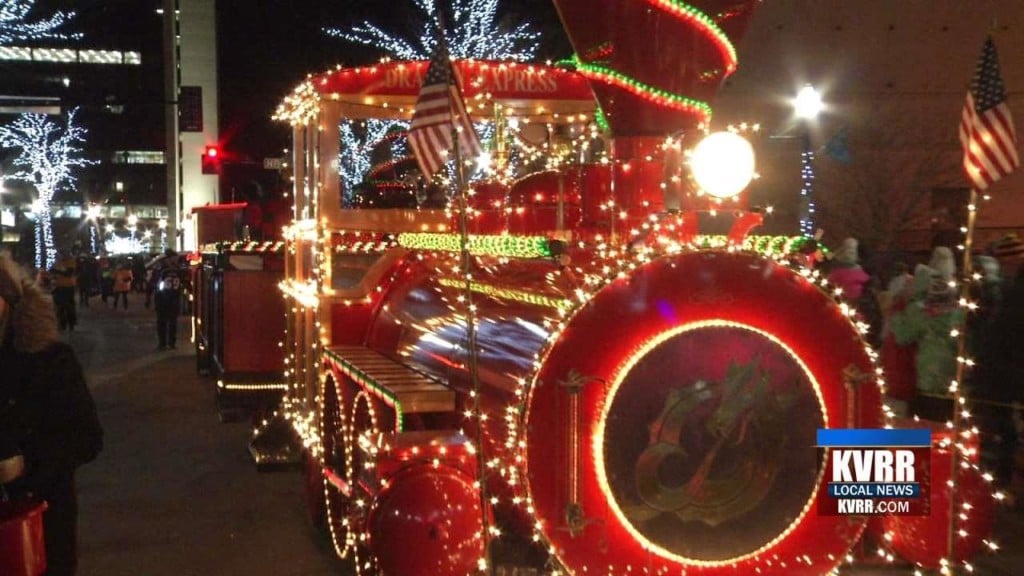 FARGO, ND — Thanksgiving may just be a few days away, but Fargo-Moorhead is already celebrating the Christmas season. The Xcel Energy Holiday Lights Parade brought many people out in the cold to get in the holiday spirit. For some, the holiday season is about coming together. “It represents us. It represents the community, it represents the cheer. Really it’s all… 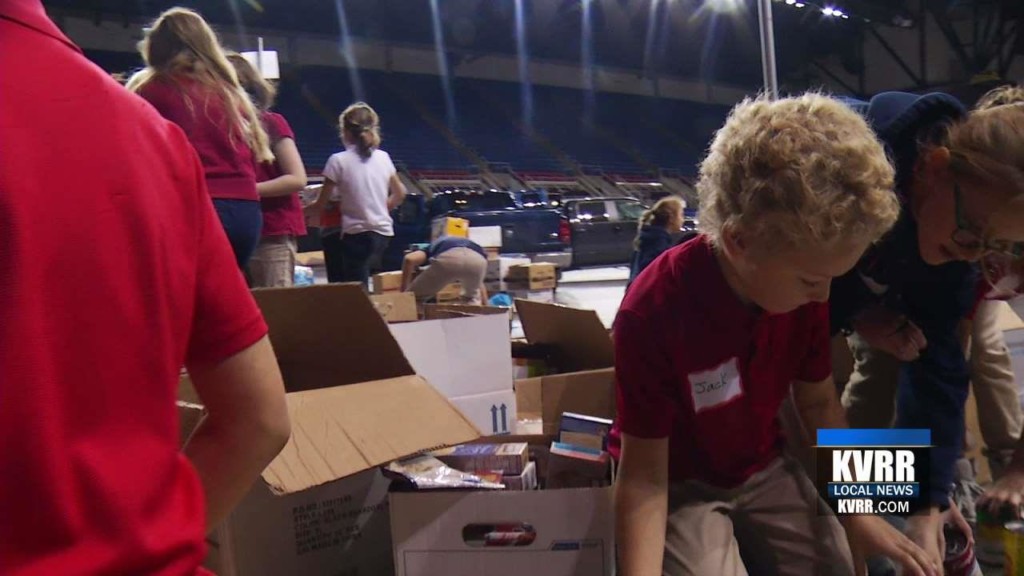 FARGO, ND — The Fargodome floor is currently full of nonperishable food items in honor of the 11th Annual Fill the Dome event. More than 60 schools and businesses in the F-M area are putting their fundraising efforts together in hopes to fill the Fargodome floor with nonperishable food items. “We’re all very blessed here in Fargo,” said Mason Timjon,… 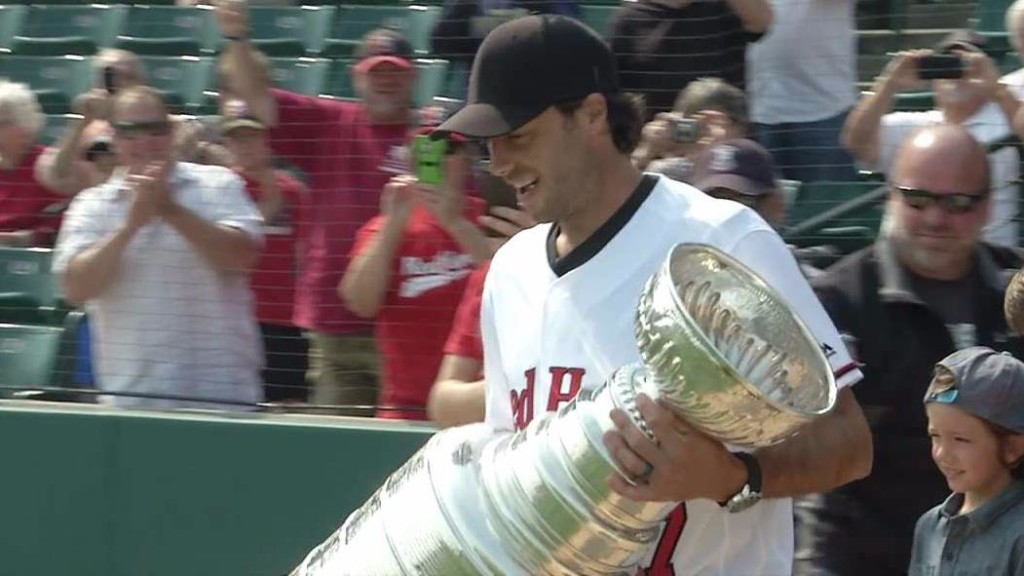 FARGO, N.D. — Entering Thursday, the Fargo-Moorhead RedHawks had never turned a triple play in the team’s 22-year history. The squad managed to accomplish the feat twice in the 3-2 win against Lincoln on Matt Cullen Day. Devan Ahart gave the Hawks the lead in the third inning with a two-run homer. The Saltdogs tied things up in the eighth… 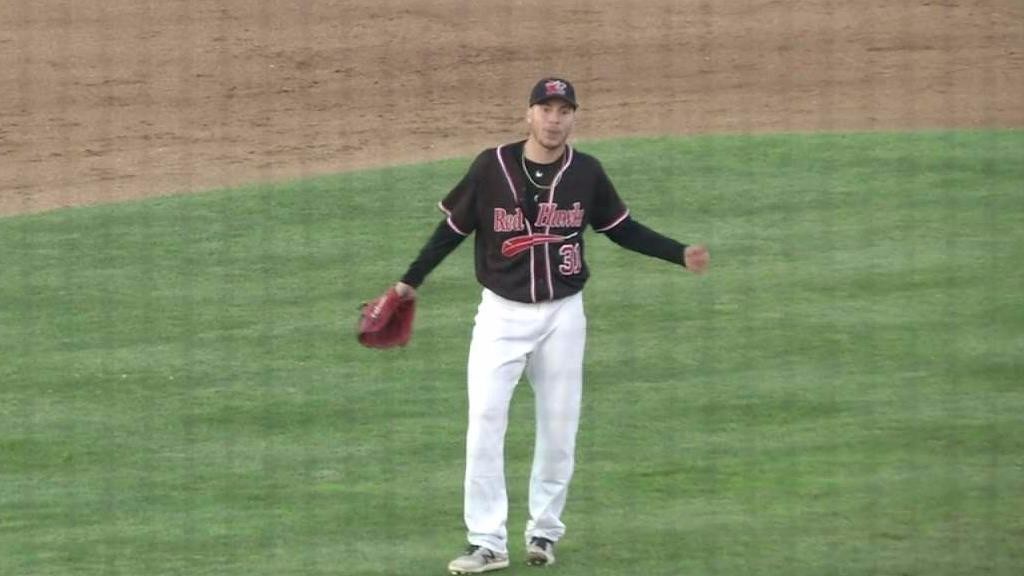 FARGO, N.D. — One year after falling a strikeout short of the American Association’s single-season record, Tyler Alexander set a new mark on Monday. Alexander fanned 10 hitters as part of a 7-0 shutout win in game one of a doubleheader against Lincoln. That gave him 159, two more than the previous high. “I was thinking about it a lot,”… 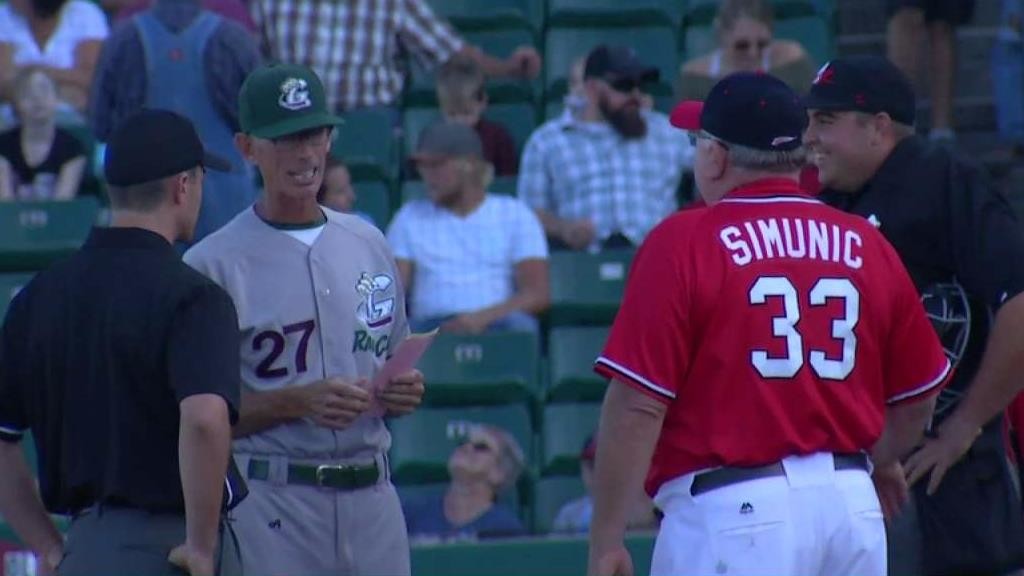 FARGO, N.D. — The Fargo-Moorhead RedHawks have lost five of their last six games after dropping the series opener against Gary Southshore. The RailCats scored three unearned runs in the fourth inning after an errant throw by pitcher Will Solomon extended the frame. Gary now has an 8-3 record against the RedHawks this season. The series continues Saturday at 6:00… 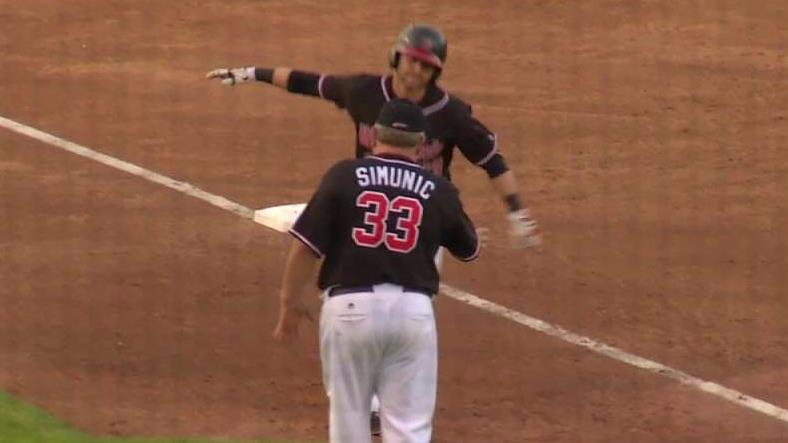 FARGO, N.D. — Tyler Alexander was lights out against Kansas City Tuesday night as the RedHawks shut out the T-Bones 5-0. Alexander held K.C. to just one hit on the evening and fanned 13 batters. Josh Mazzola brought more than enough offense for the RedHawks, driving in three runs. He went 3-for-4 with a home run and a walk. The… 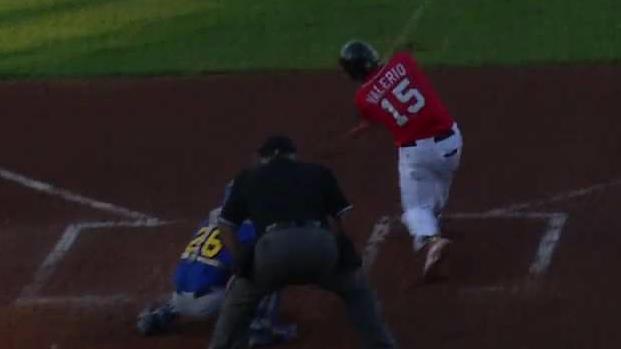 The RedHawks win their 13th game of their last 14.

FARGO, N.D. — The Fargo-Moorhead RedHawks have won 13 of their last 14 contests after taking down Sioux Falls 7-5 Tuesday night. The RedHawks trailed 4-0 in the second inning before Charlie Valerio belted a two-run home run to spark the comeback. Three of the Canaries’ five runs were unearned as Fargo-Moorhead’s defense featured uncharacteristic errors. The RedHawks go for… 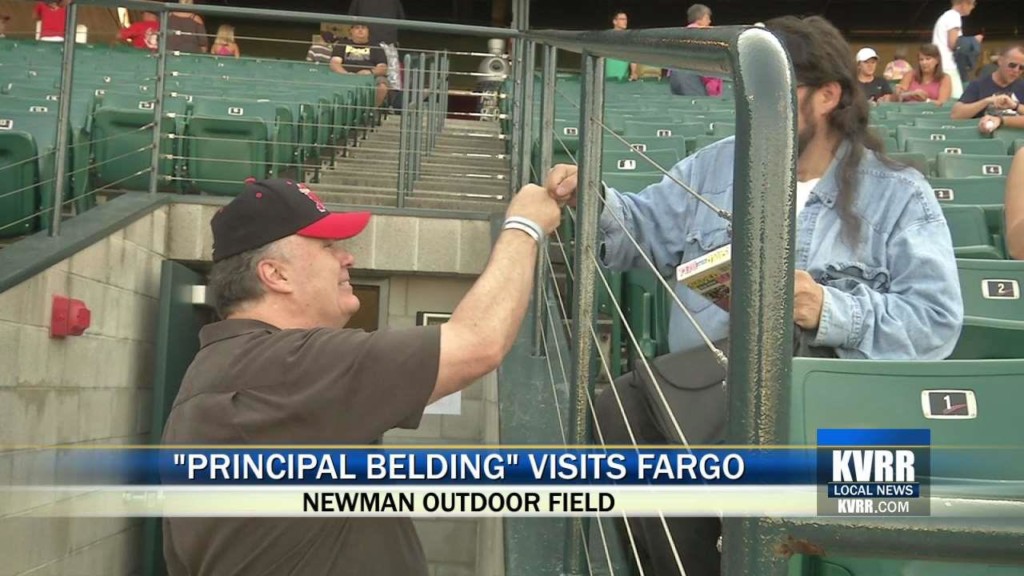 Hey Hey Hey Hey, What is Going on at the Redhawks Game?

FARGO, ND — The FM Redhawks got a visit from a famous principal for Educators Appreciation Night. “The thing I know about cities are the people, and the people here are great,” said Dennis Haskins, also known as Mr. Belding from the hit 1990’s show, “Saved By The Bell.” Haskins visited with baseball players and fans at Newman Outdoor Field. During… 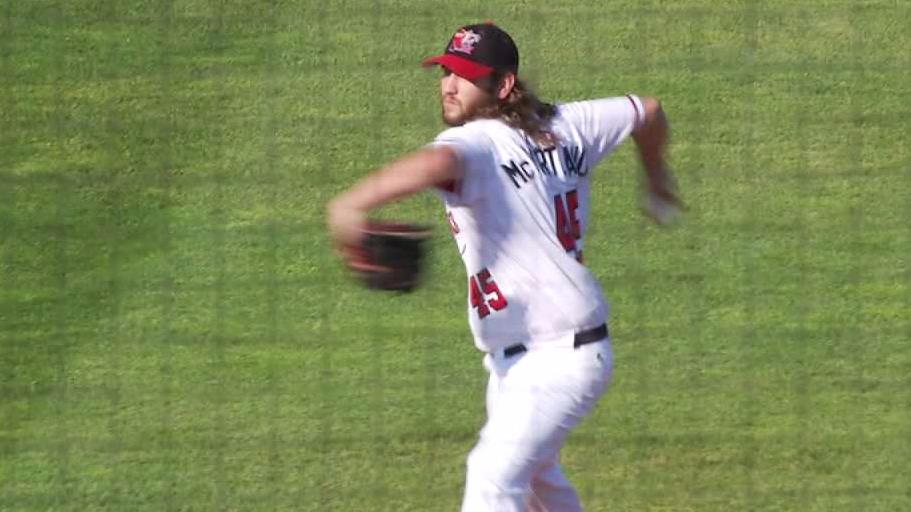 DURHAM, N.C. — Fargo-Moorhead RedHawks right handed pitcher Cody McPartland is this week’s Pitcher of the Week after his complete-game shutout on Saturday. McPartland needed just 87 pitches to lead the RedHawks to a 4-0 home win over the Cleburne Railroaders. He gave up four hits in the contest and struck out a pair in just his second start with the… 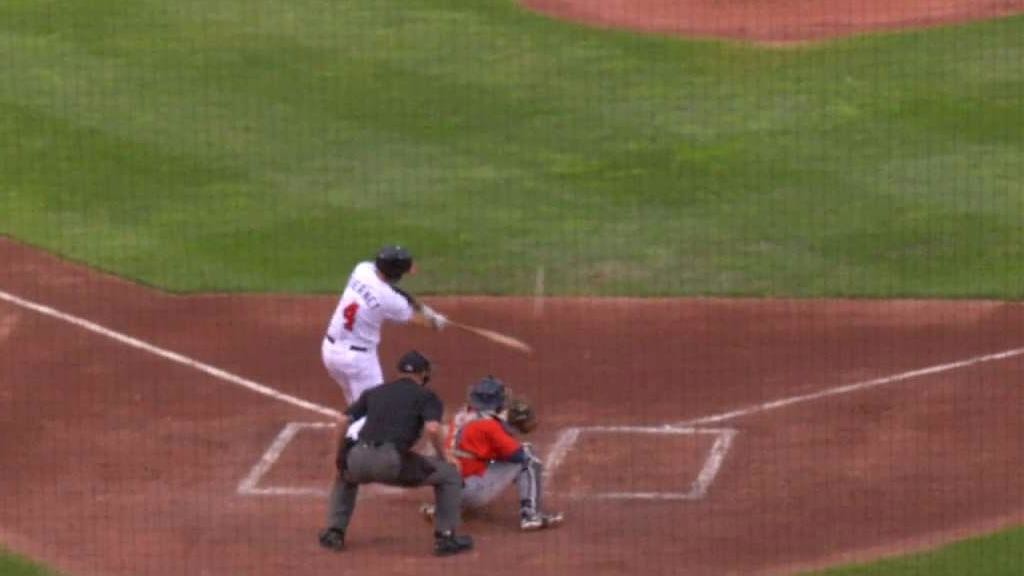 FARGO, N.D. — For the first time since their opening roadstand of the season, the Fargo-Moorhead RedHawks are in a groove. Friday night, they won their sixth contest in a row, taking a series opener from Cleburne 6-2. Jose Almarante (3-5, 4.38) earned the win with eight strong innings of work. He allowed just two earned runs on six hits….

One person killed in I-29 crash in Fargo