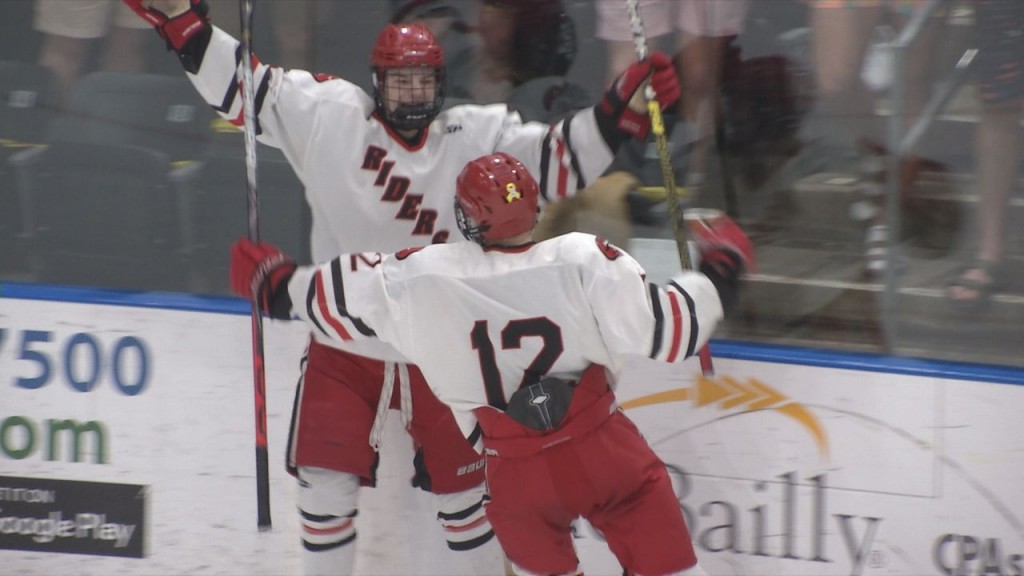 The Roughriders defeated the Bruins 4-1

FARGO, N.D. — Grand Forks Red River won their first state title since 2016 with a commanding 4-1 win over Fargo South-Shanley. The Roughriders built the lead up through the first two periods. Mason Thingvold took a shot from the slot to find the back of the net late in the period. Less than two minutes later, Justin Wasvick gets… 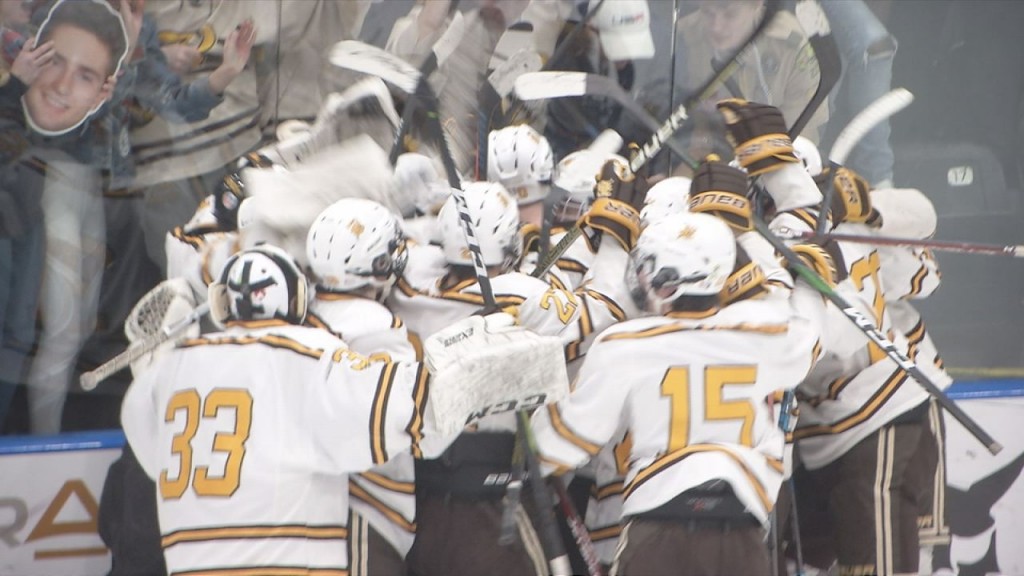 South-Shanley wins thriller over Davies to advance to state championship

The Bruins defeated the Eagles 3-2 in triple overtime

FARGO, N.D. — Alex Senf was the hero for Fargo South-Shanley in a triple overtime 3-2 win over Davies, finding the back of the net in the third extra period to send the Bruins to the state championship. South-Shanley never trailed in the win. Grant Gores put the Bruins on the board in the first period, but Davies quickly tied… 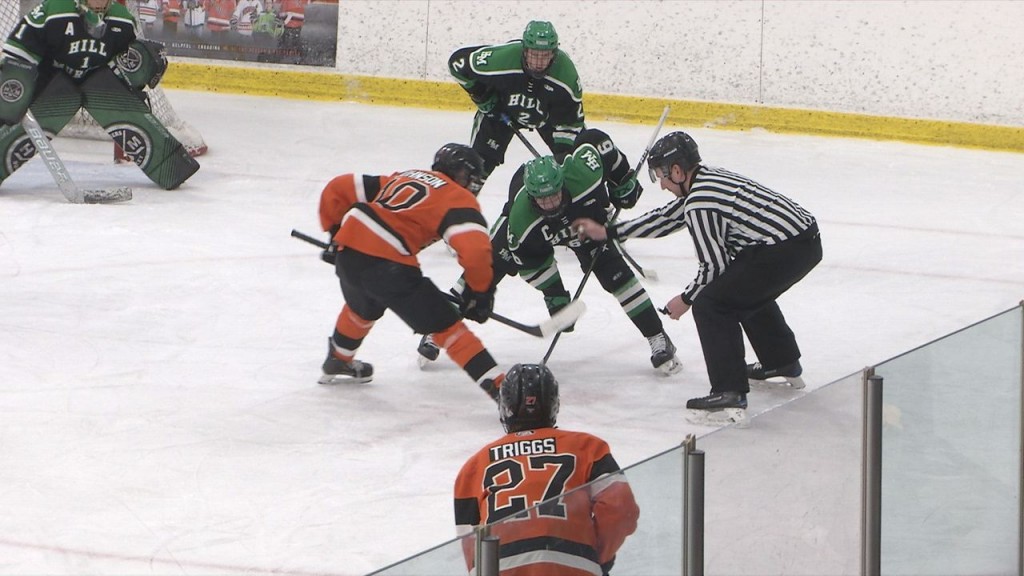 The Pioneers defeated the Spuds 4-3

MOORHEAD, Minn. — There was a packed crowd at the Cullen Hockey Center for the Moorhead boys regular season finale against Hill Murray, but the Spuds weren’t able to get it done in front of their home audience as they fell to the Pioneers 4-3. It was a back-and-forth contest throughout, although Moorhead never held a lead. Hill Murray struck… 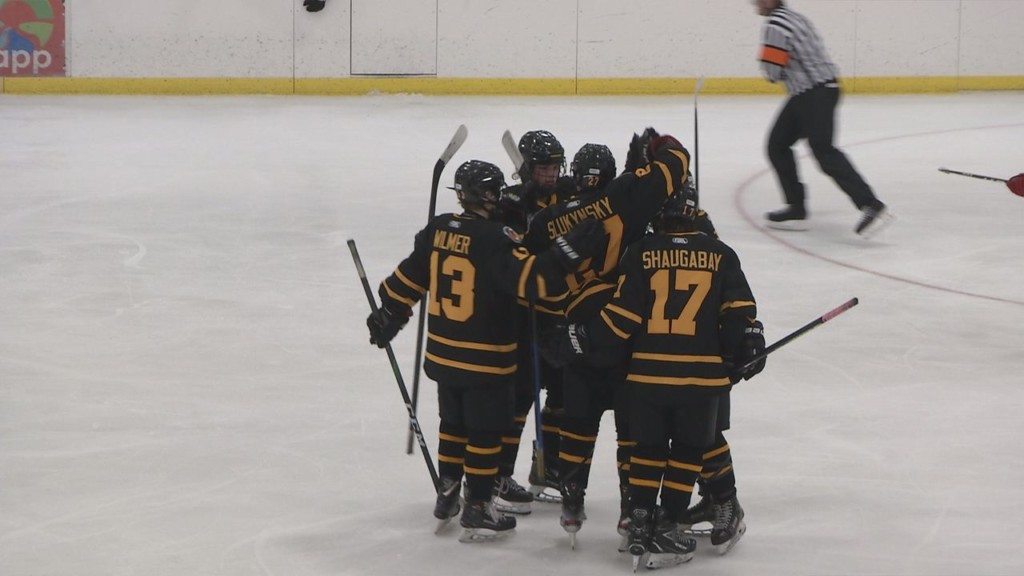 The Warriors defeated the Roughriders 3-1

GRAND FORKS, N.D. — Warroad boys hockey made the most of its trip across state lines, bringing home a 3-1 win over Grand Forks Red River in a Saturday afternoon showdown. It was a balanced attack from both teams in the first period, but the Roughriders got the edge early after Joby Mullen netted a goal off of a rebound…. 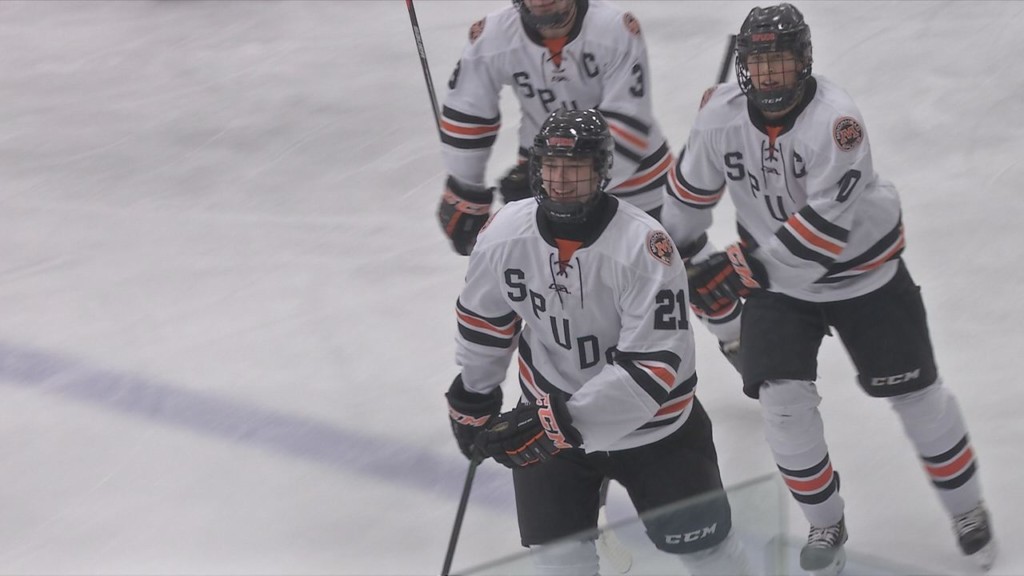 The Spuds took down the Raiders 4-2

MOORHEAD, Minn. — Moorhead boys hockey kept it tight for a full sixty minutes in it’s game against Greenway, but at the final buzzer, it was the Spuds who finished on top 4-2. Cade Moilanen scored his first goal of the season off a feeds from Carter Johnson and Cullen Gess on the power play halfway through the first period… 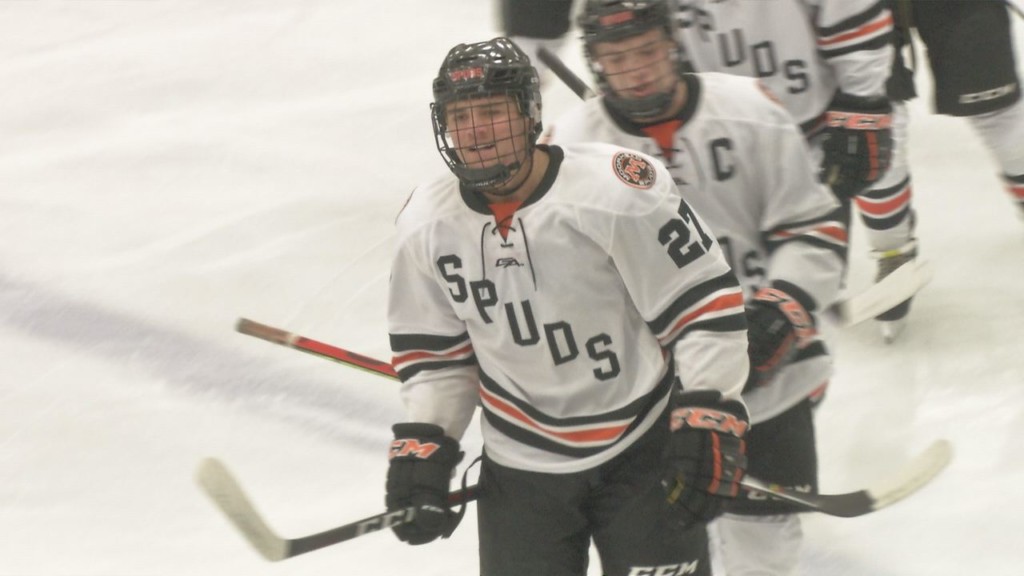 The Spuds downed the Skippers 3-1

MOORHEAD, Minn. — In Moorhead’s second home game of the week, the Spuds defeated Minnetonka 3-1. The Skippers were the first to strike in the first period. After Teddy Lagerback intercepted the puck in the offensive zone, Liam Worms took the pass and was able to tap one past Hudson Hodges in net. The Spuds, however, didn’t waste any time… 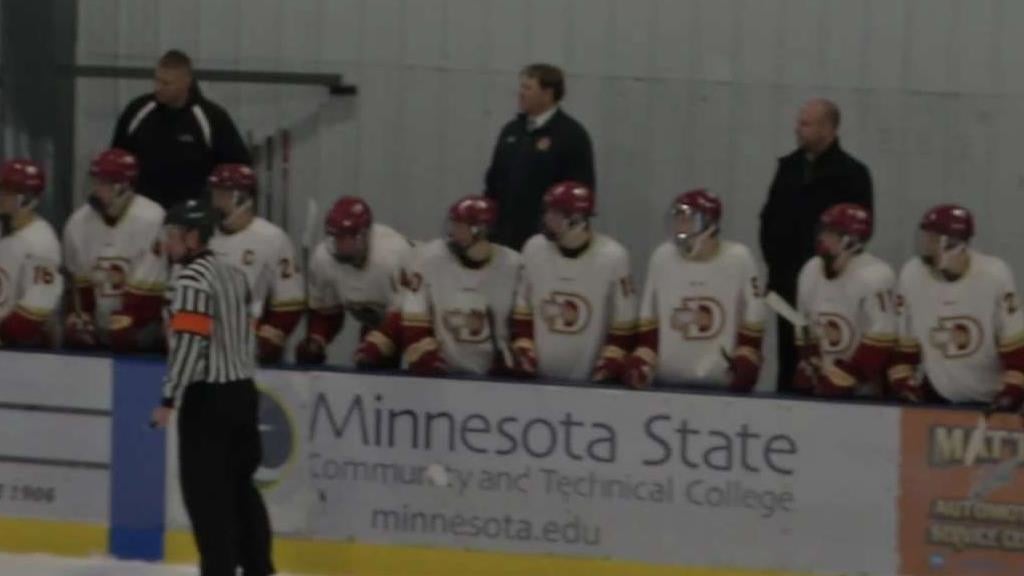 The Knights defeat the Eagles 7-1

FARGO, N.D. — Grand Forks Central dominated Davies in a 7-1 victory on Thursday night. It was a scoreless first period, before the Knights took off halfway through the second. The Eagles would have a brief answer, scoring a goal in the second to make things 2-1 and keep it close temporarily, but Grand Forks Central proved too much and… 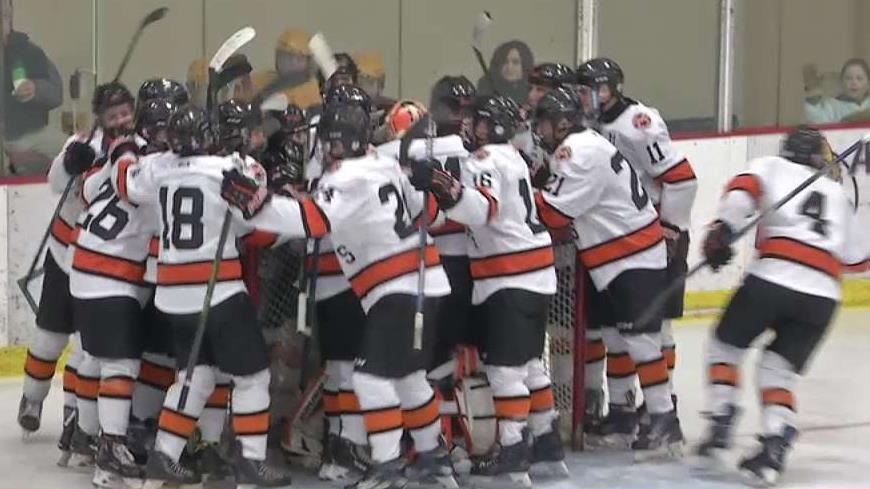 The Spuds defeat the Knights 5-2

MOORHEAD, Minn. — Moorhead took down St. Michael Albertville Thursday night in a 5-2 victory. The Spuds got out to a slow start, but took the 3-1 lead after the second period. St. Michael-Albertville would fight back, getting three goals of it’s own, but Moorhead held onto it’s lead for the win. The Spuds play Duluth East next on Saturday…. 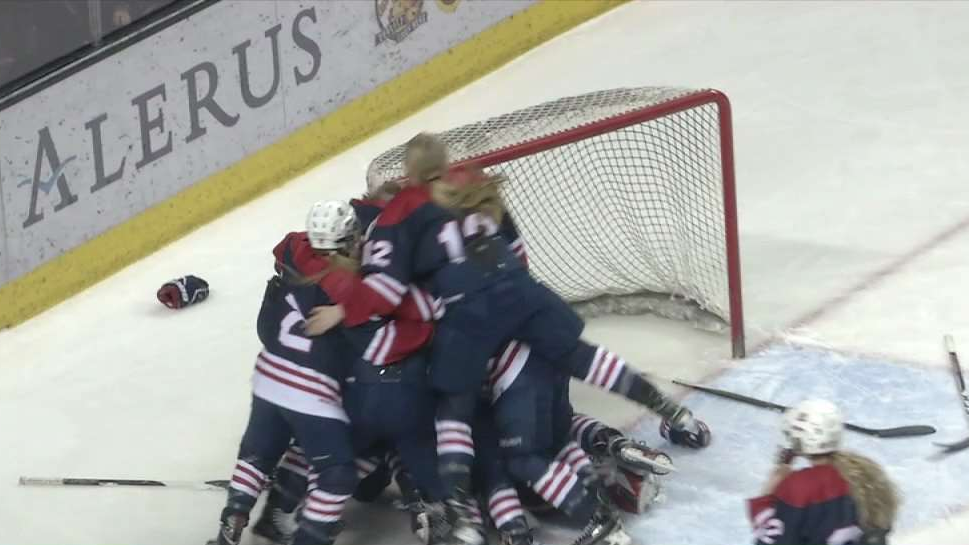 GRAND FORKS, N.D. — The Grand Forks Central Knights defeated Bismarck Century 4-2 to claim their second consecutive state title in boys hockey on Saturday at the Ralph Engelstad Arena. On the girls side, the Bismarck Blizzard shutout top-seeded Fargo North-South 3-0 to claim the state title. Britta Curl scored a pair of goals for the Blizzard in the win…. 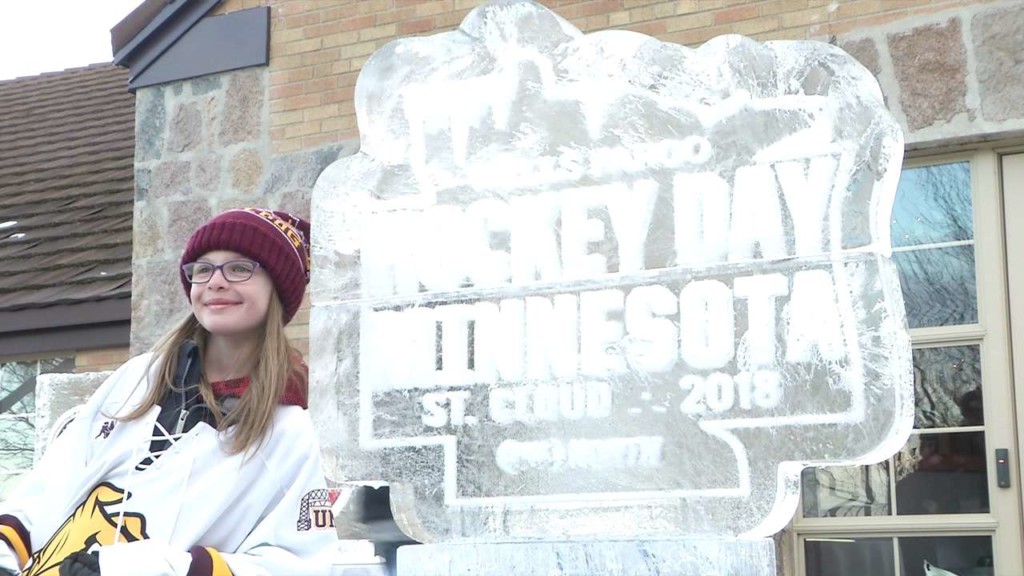 Moorhead Community takes memories and a win from HDM 2018.

ST. CLOUD, Minn. — Saturday Minnesotans were happy as they celebrated another Hockey Day Minnesota down in St. Cloud. The Moorhead Spuds came away with a 3-2 overtime win, but yesterday was more than just about winning a hockey game. “It was like playing as a little kid,” Senior forward Jack Stetz said. Hockey Day Minnesota has been all about…

Sheyenne's Terhark Advances in Play of the Year Bracket

Play of the Year bracket Round 1: March 27