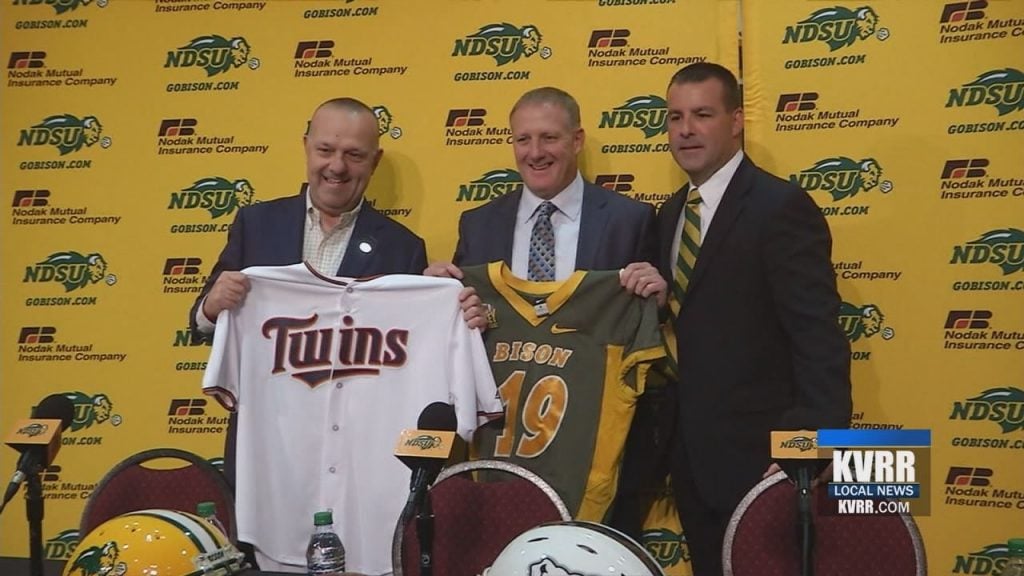 Bison Herd: Prepare to Head to Target Field in 2019 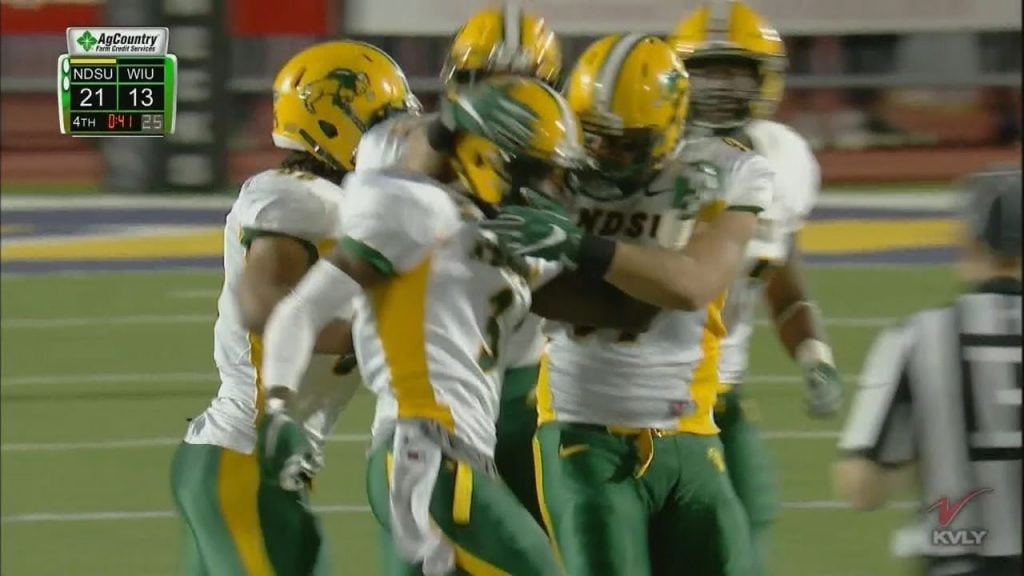 Courtesy: NDSU AthleticsMACOMB, Ill. – North Dakota State’s defense blocked two kicks and forced three fourth-quarter turnovers to lift the No. 4-ranked Bison to a 21-13 victory over 12th-ranked Western Illinois in the Missouri Valley Football Conference on Saturday, Oct. 22. King Frazier rushed for a pair of touchdowns and Jeff Illies caught a 17-yard touchdown pass as the Bison (6-1, 3-1 MVFC) built a 21-6 lead by halftime. Western Illinois (5-2, 2-2 MVFC) scored on its first possession of the second half, but the Fighting Leathernecks had a field goal blocked, fumbled inside the NDSU 1, and threw two interceptions on their final four possessions. A defensive offside call forced NDSU to make two stops on fourth-and-goal from the 1 midway through the fourth quarter.  Linebacker Matt Plank forced a fumble and Pierre Gee-Tucker recovered in the end zone for a touchback. The Bison went three-and-out on the next series but got the ball back three plays later when Jalen Allison picked off Sean McGuire near midfield. NDSU took 4:39 off the clock on a 10-play drive before stalling at the WIU 28 on a fourth-down try with 49 seconds left in the game. Tre Dempsey’s interception on the next play allowed the Bison to kneel out the clock. The Bison jumped out to a quick 7-0 lead on their first drive of the game. Darrius Shepherd caught a 48-yard pass on the first play to the WIU 20, a 15-yard pass to Chase Morlock moved it to the 5, and Frazier punched it in two plays later from the 3. Western Illinois got field goals on its next two possessions to cut the score to 7-6 before the Bison pulled away.  Frazier scored on a 1-yard run late in the second quarter and the Bison got a three-and-out to set up another scoring drive before intermission. Shepherd had a run of 11 yards and receptions of 11 and 15 yards to spark a nine-play, 73-yard scoring drive that took just 1:34.  Illies scored with 45 seconds left and Greg Menard  blocked a field goal try on the next drive to keep NDSU’s 21-6 lead. The Bison blocked two kicks for the first time since the 2012 national semifinal win over Georgia Southern.  blocked the second try in the third quarter to keep it an eight-point game.  He had a team-high nine tackles and Gee-Tucker finished with eight. NDSU quarterback  went 9 of 18 passing for 160 yards and had two interceptions for the first time in his career.  Frazier finished with 20 carries for 89 yards and Shepherd had three catches for 74 yards to lead four Bison receivers. North Dakota State plays at Northern Iowa at 6 p.m. next Saturday, Oct. 29.  The Panthers are 3-4 overall and 2-2 in the conference after a 61-7 home win over Missouri State. 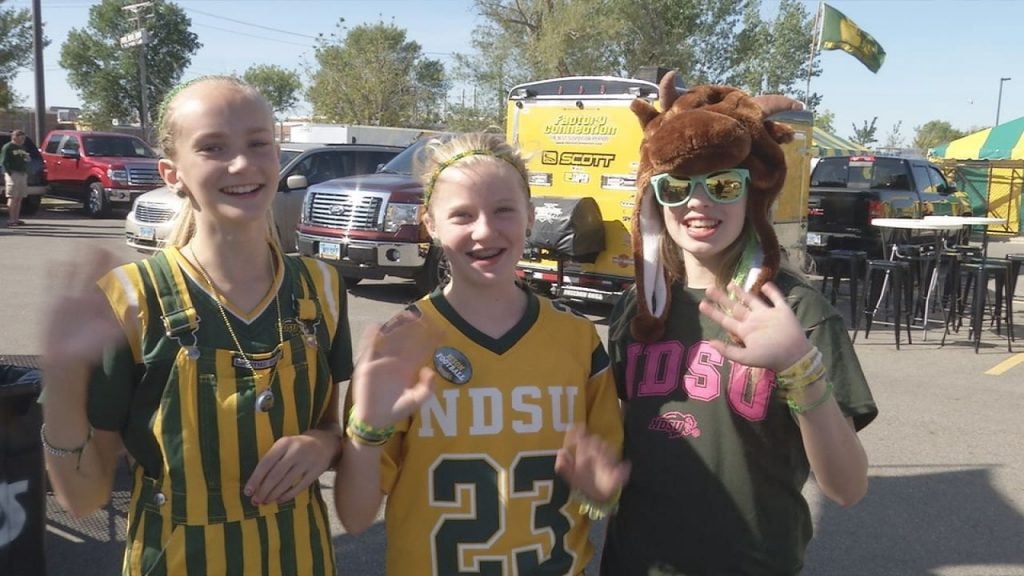 Bison Hoping to Bounce Back After Loss to SDSU

For the first time this season, NDSU Football enters a game week off a loss. 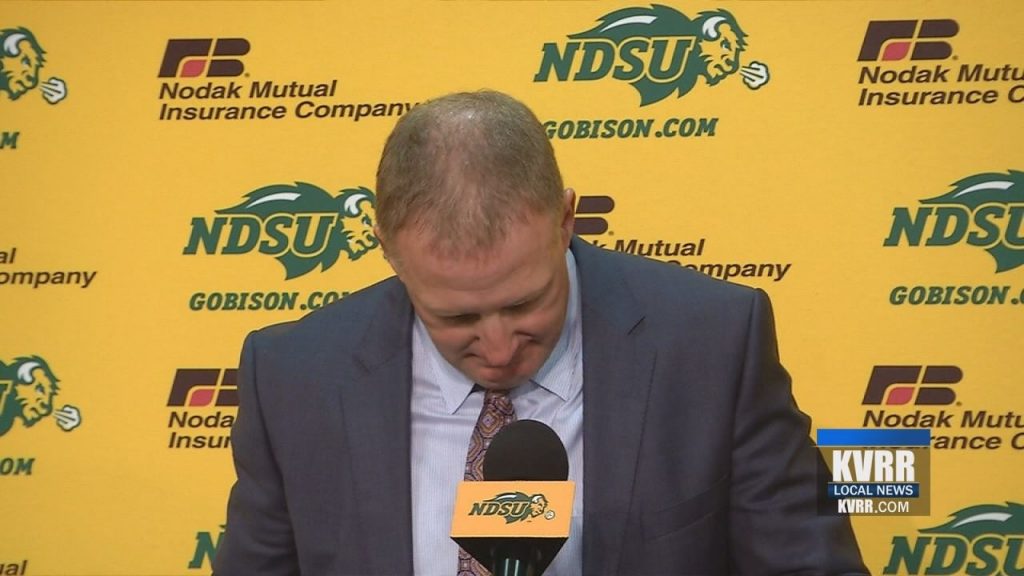 The NDSU football team may have beaten Missouri State on Saturday, but the team’s focus is elsewhere. 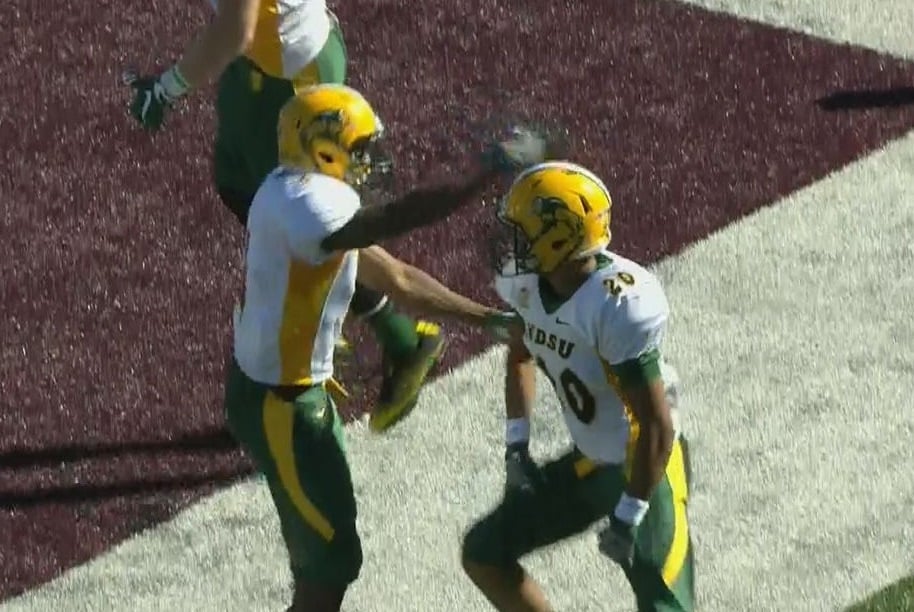 Courtesy: NDSU AthleticsSPRINGFIELD, Mo. – North Dakota State capitalized on turnovers and held Missouri State’s rushing game in-check as the Bison rolled to a 27-3 victory over the Bears in the Missouri Valley Football Conference on Saturday, Oct. 8.King Frazier rushed 19 times for 126 yards and two touchdowns to lead the Bison attack.  NDSU (5-0, 2-0 MVFC) outgained Missouri State 428-176 in total yardage and outrushed the Bears by a 269-30 margin.The Bison scored 14 points off four Missouri State turnovers including interceptions by Jalen Allison and Robbie Grimsley, and a pair of forced fumbles by Nate Tanguay and Jarrod Tuszka.Allison’s second interception of the season set up a 21-yard touchdown pass to Darrius Shepher that gave NDSU its first lead at 10-3 midway through the second quarter. Cam Pedersen kicked field goals of 38 and 21 yards in the second quarter to help give the Bison a 13-3 halftime lead.Frazier scored on a 22-yard run the first play after defensive tackle Aaton Steidl’s 20-yard fumble return to give the Bison a 20-3 lead early in the fourth quarter, and Frazier’s 4-yard TD run capped a nine-play, 72-yard drive late that put the game away.The Bison defense totaled 11 tackles for loss and held its opponent under 40 yards rushing for the third straight game.  Iowa, Illinois State and Missouri State rushed for a combined 101 yards.NDSU cornerback Jaylaan Wimbush made seven tackles and blocked a field goal, and middle linebacker Matt Plank made six stops including three tackles for loss.Bison quarterback Easton Stick finished 11 of 20 passing for 159 yards and one touchdown. RJ Urzendowski caught four passes for 73 yards and Missouri native Darrius Shepherd caught four passes for 62 yards a score.North Dakota State is scheduled to host South Dakota State in the annual Dakota Marker game at 2:30 p.m. Saturday, Oct. 15. 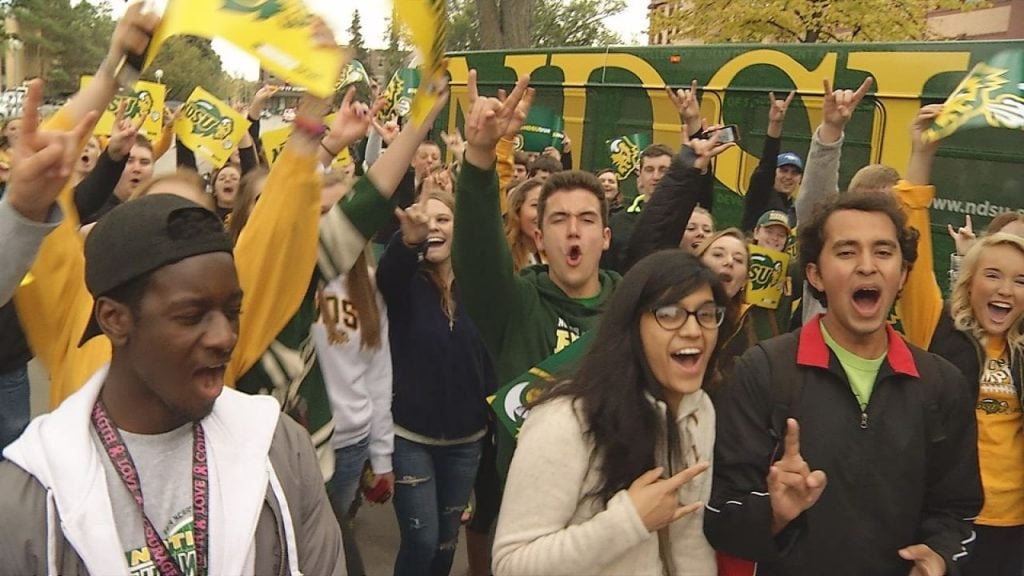 The Bison football team is fresh off a big homecoming win on Saturday. 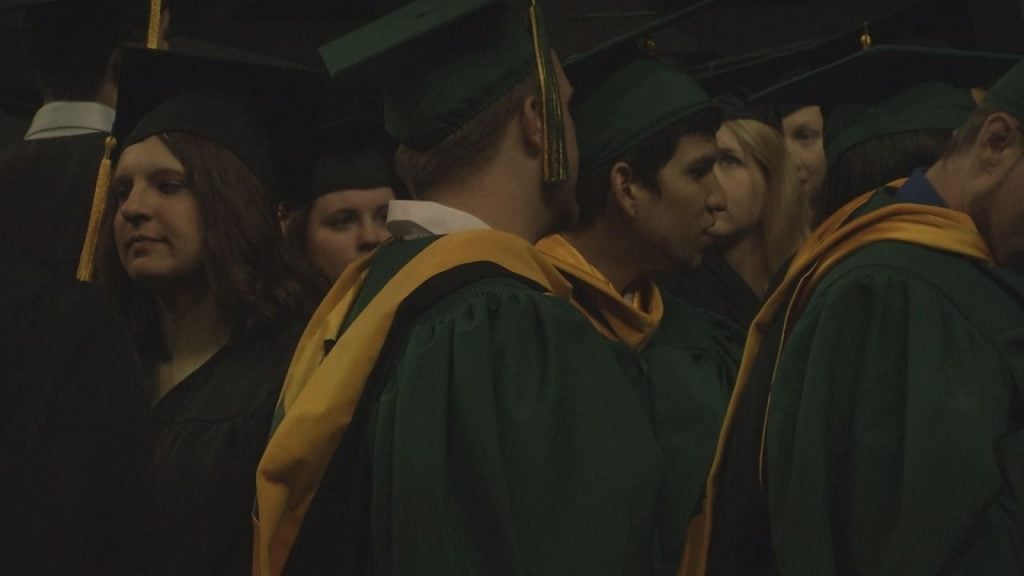 NDSU Football proved its dominance over the FBS once more, as the Bison went on the road and defeated #13 Iowa 23-21 Saturday at Kinnick Stadium. 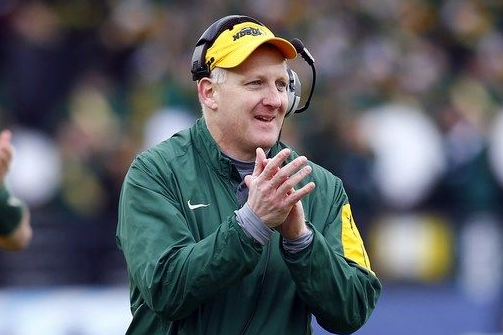 This is not going to be an easy road trip for NDSU.

Categories: Play of the Week